Americans Are Moving Where They Want. Will It Be a Win for Choice or Polarization? 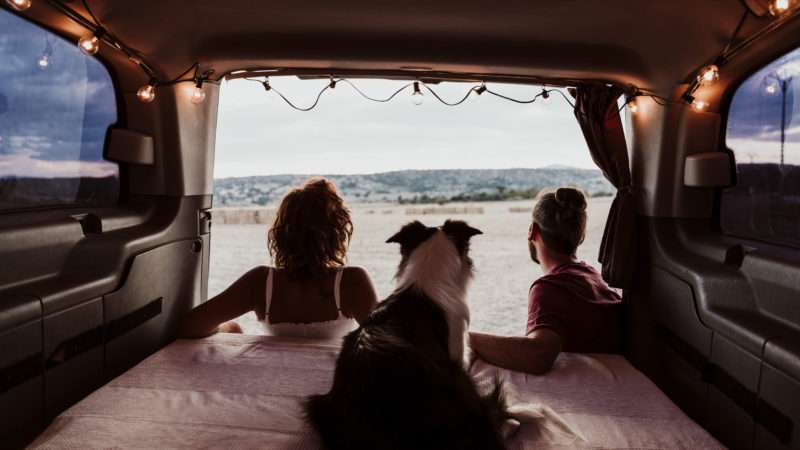 Get outta town! Seriously—if you started this year as a resident of one of America’s megalopolises, there’s a good chance that you’ve at least considered leaving, whether or not you followed through. In the midst of a pandemic that has closed or restricted access to so many of the things that make otherwise crowded and expensive cities enjoyable while simultaneously normalizing the practice of working from home, people are on the move. Data shows Americans flowing from places where they had to live to places where they want to reside.

This mobility is one of the few upsides of the COVID-19 era—a victory for choice in how and where people settle down. It’s also, however, an acceleration of decades of sorting that has seen us separate into tribes based on living habits and culture. Given that lifestyle correlates so closely with political affiliation, the victory for choice could mean even greater political polarization in the years to come.

Even before the great viral apocalypse of 2020, Chicago, Los Angeles, and New York were losing population to other areas, especially in the South and Southwest. But the trend has accelerated and spread during the pandemic.

“Fresh data from LinkedIn’s Economic Graph team shows that smaller metro areas are gaining, some famous big cities are slipping, and hints of de-urbanization can be found across the country,” George Anders wrote for LinkedIn at the end of September. “In the most striking switch, two giant metro areas—New York and the San Francisco Bay Area—aren’t coveted destinations anymore.”

Among the reasons he cited for the urban exodus are that “theaters are closed, nightlife has dwindled and even a walk along prime shopping streets isn’t effortless anymore.”

Anders spoke with the owner of a relocating firm and found that “lower costs and growing acceptance of a work-anywhere attitude in response to pandemic dislocations helped spur that decision.”

Likewise, United Van Lines, one of the country’s leading movers, this month “revealed higher outbound move requests from New York City and San Francisco as compared to nationwide averages” with life changes wrought by the pandemic as a major motivator.

The company cited one customer saying that “the slower pace of life brought on by COVID-19 caused us to re-evaluate what was important to our family.” Another told the company that “given the remote environment and projected vision of remote working condition, our family opted to move out of the city to a beach location with a smaller footprint and less stressful (and) busy community.”

Paula Campbell Roberts, an analyst for the investment firm KKR, believes “rhetoric around the ‘great urban exodus’ is likely overblown,” but only in an absolute sense—that is, she doesn’t see Americans moving back to the farm. Instead, people and businesses are dispersing to a variety of destinations. “COVID has only accelerated the growth of medium-sized cities, as well as exurbs and suburbs near gateway cities. Amid growth in southern and medium-sized cities nationally, the locus of economic activity should disperse among multiple metropolitan nodes beyond gateway cities.”

Too many of these moves are done out of financial desperation as social distancing and lockdown orders choke businesses and kill jobs. Moving back home with your parents because there’s no money for rent isn’t something that most adults want to do.

On the other hand, working remotely has achieved new acceptance among employers and is a major draw for job-seekers. That means an explosion in possibilities for people in work that can be done remotely, who are increasingly able take jobs that are physically located in one place while we live in another.

“The places where Americans are moving in the midst of COVID-19 may finally be expressing a more fundamental preference for how they really want to live instead of where they have to stay because of their job location or where their kids go to school,” Peter Lane Taylor noted for ForbesLife. “COVID is accelerating demographic trends that were already in place before the pandemic, especially when it comes to businesses seeking places to expand that are pro-growth, low-tax, politically stable, and stacked with an educated work force in advanced degrees.”

Put another way, the pandemic is speeding-up Americans’ decades-old shift toward places where they feel comfortable and can live the lifestyles that appeal to them—what the author Bill Bishop calls The Big Sort in his book of that name. And, it turns out, political views correlate closely with lifestyle preferences.

“In what may seem like stereotypes come to life, a new Pew Research Center study on political polarization finds that conservatives would rather live in large houses in small towns and rural areas—ideally among people of the same religious faith—while liberals opt for smaller houses and walkable communities in cities, preferably with a mix of different races and ethnicities,” Pew Research reported in 2014.

Once in communities of people with shared hobbies, values, and ideologies, we amplify each other’s identities. “The self-reinforcing dynamics of homophily and influence dramatically amplify even very small elective affinities between lifestyle and ideology, producing a stereotypical world of ‘latte liberals’ and ‘bird-hunting conservatives’ much like the one in which we live,” researchers find.

That gets even more self-fulfilling, since “fully half of consistent conservatives, and 35% of consistent liberals, say it’s important to live in a place where most people share their political views,” according to Pew.

The pandemic-accelerated changes in American life, then, are simultaneously giving us more of what we want—life where we like, choosing from a menu of remote jobs, and doing what makes us happy among like-minded neighbors—even as it puts as at ever-greater odds with those who have different preferences.

The solution to the “problem” created by this explosion of choices seems obvious: Encourage local control so that like-minded people can run things their own way without worrying about the disapproval of people who live and think differently. We can live separately and even scoff at one another without being at each other’s throats—if we can leave each other alone.

But that may be too sensible for modern Americans. Amidst a beneficial, though accidental, bonanza of living options created as a byproduct of the pandemic, we may insist on finding grounds for more conflict rather than a source of shared happiness.