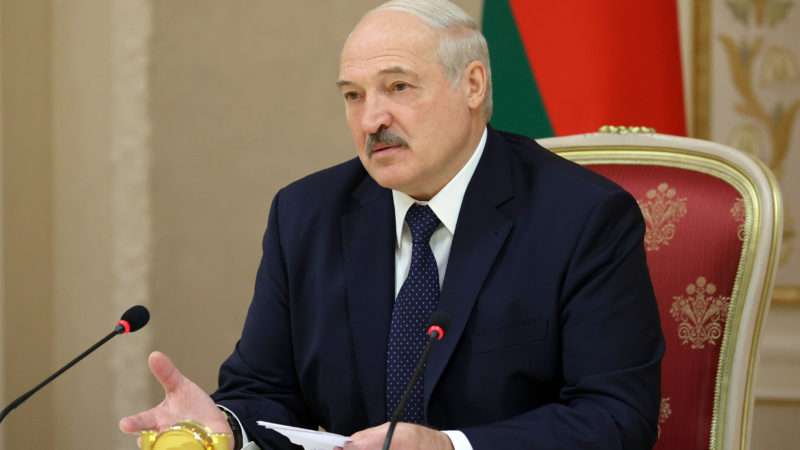 Protests in Belarus have surged since August 9, when the ruling party won what was widely seen as a fraudulent election. On September 17, President Alexander Lukashenko escalated his response to the demonstrations, announcing that the country would close its borders with Poland and Lithuania while strengthening the border with Ukraine.

“We are compelled to withdraw our troops from the streets, have half our army on guard, and close our state border with the West,” Lukashenko said.

Since then, Reuters reports, the Polish and Lithuanian borders have both continued to operate normally, with no sign that they’ve been closed. But it’s unlikely that’s what Lukashenko is really concerned about. More likely, he’s using this as another way to intimidate protesters into submission.

Lukashenko claimed to have won the election with a staggering 80 percent of the votes. When reports of vote fraud triggered mass demonstrations across the nation, Lukashenko responded with a vicious crackdown; protesters were soon enduring what nonprofit advocacy organization Human Rights Watch has called “torture” at the hands of the Belarusian security forces.

“What support Lukashenko has left, certainly the only source of institutional support, is among the security services, broadly defined,” Rajan Menon, a professor of international relations at the City College of New York and a fellow at the non-interventionist Quincy Institute, tells Reason. “The idea [with border closures] is intimidation, with the hope that over time, this will dissipate because people will be forced to have to go back to their daily lives.” It’s a trade shutdown and a sign that Lukashenko is going to play hardball moving forward.

Outside observers eager to stop the crackdown have few good options. Menon emphasizes that this isn’t like Ukraine in 2014—the protests are not a sign of Western sympathies or a revolt against Russia’s influence in Belarus. Yet Lukashenko has an interest in spreading the idea that he’s fighting a U.S.-backed “color revolution,” (an idea Russian state media are also happy to spread). If America inserts itself into the conflict, that would only appear to confirm the propaganda, playing right into Lukashenko’s hands.

Moreover, there simply is not much that the United States can do, even if Moscow ends up sending troops to Lukashenko’s aid. “The cold, brutal reality is that if the Russians really do decide to use force,” Menon says, “I don’t see anyone coming forward and saying that we’ll take a stand against Russia on Belarusian soil.” If freedom comes to Belarus, it will have to be homegrown.