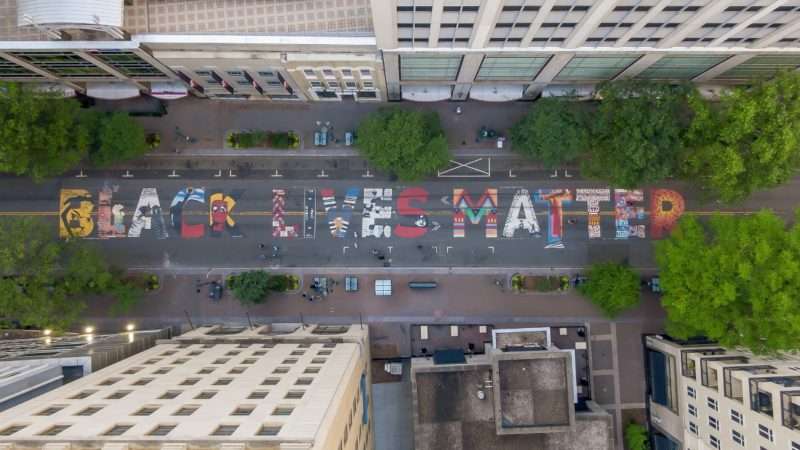 Officials in Redwood City, California, removed a “Black Lives Matter” mural they had allowed to be painted on a city street. The move came after a supporter of President Donald Trump asked to paint “MAGA 2020” on a street. “I saw ‘Black Lives Matter’ sign appearing on Broadway Street on the asphalt and I figured that’s gonna be a new public space, open for discussion, and I wanted to get my message out, too,” said Maria Rutenburg. After Rutenburg made her request, city officials decided the “Black Lives Matter” mural was a traffic hazard