The commander of US forces in Vietnam had devised a secret plan to use nuclear warheads against the communist North during the Vietnam War, before President Johnson halted the ongoing preparations, declassified documents reveal.

Finding themselves in a stalemate against the North Vietnamese Army (NVA) in the middle of the months-long Battle of Khe Sanh, Gen. Westmoreland devised a contingency scheme to use nuclear weapons should US forces be overrun by their enemy. The secret plan codenamed Fracture Jaw required the US nukes to get transferred from Okinawa, Japan to South Vietnam by the US Pacific command, under the leadership of Admiral Ulysses Simpson Grant Sharp Jr. The secretly planned operation was to be set in motion under a memo sent by Westmoreland to Sharp on February 10, 1968.

Once President Johnson was alerted about the plan by his national security advisor Rostow through an “eyes only” memorandum to the president, he immediately put a halt to the operation.

“When [President Johnson] learned that the planning had been set in motion, he was extraordinarily upset and forcefully sent word through Rostow and, I think, directly to Westmoreland, to shut it down,” Tom Johnson, a special assistant to the president at the time, told the NYT. According to special assistant Johnson, despite pressing the US generals to win the Battle of Khe Sanh, the 36th President feared a “wider war” could break out with China should the conflict escalate further.

Once word of the scheme reached the White House, Admiral Sharp was immediately ordered to “discontinue all planning for Fracture Jaw,” declassified documents dated February 12, 1968 show. Sharp also ordered staff to “place all planning material, including messages and correspondence relating thereto, under positive security,” noting that information about the secret operation “must be airtight.” 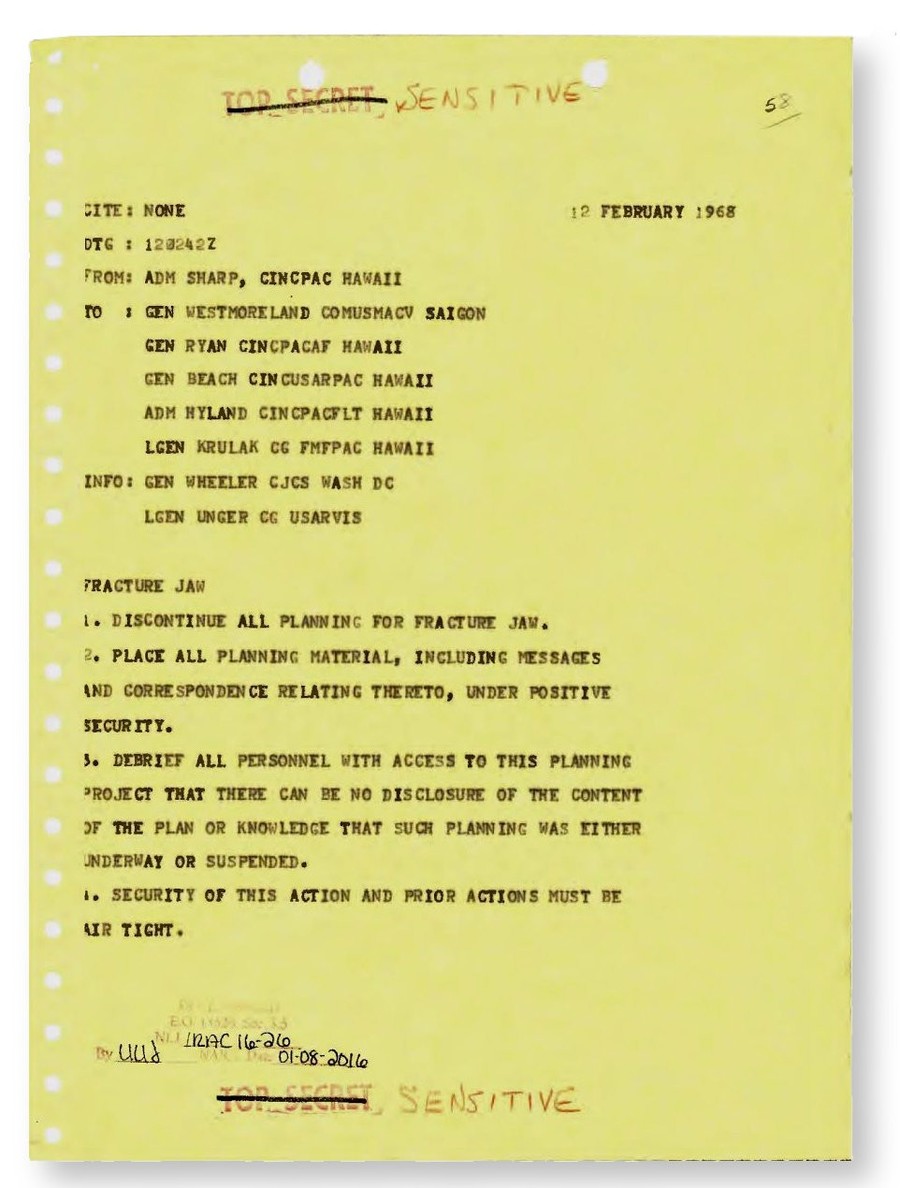 “Johnson never fully trusted his generals,” said the former assistant. “He had great admiration for General Westmoreland, but he didn’t want his generals to run the war.”