The title of Hans Hoppe’s wonderful new book has a double meaning. We need to get libertarianism right—to understand libertarianism correctly. How can we do this? By realizing that if we want a libertarian society, we need to embrace the values of the Right.

Why is that true? Isn’t libertarianism just a commitment to rules for peaceful relations among people? Hans says: “Knowing libertarian theory — the rules of peaceful interactions — is like knowing the rules of logic — the rules of correct thinking and reasoning. . . just as every logician who wants to make good use of his knowledge must turn his attention to real thought and reasoning, so a libertarian theorist must turn his attention to the actions of real people. Instead of being a mere theorist, he must also become a sociologist and psychologist and take account of ’empirical’ social reality, i.e., the world as it really is.” 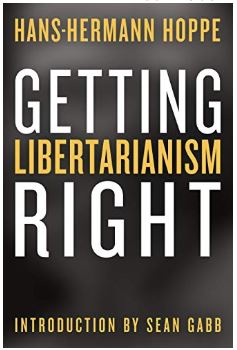 Hans demolishes the Leftist view with mordant sarcasm:  “The egalitarian worldview of the Left is not only incompatible with libertarianism, however. It is so out of touch with reality that one must be wondering how anyone can take it seriously. The man-on-the-street certainly does not believe in the equality of all men. Plain common sense and sound prejudice stand in the way of that. And I am even more confident that no one of the actual proponents of the egalitarian doctrine really, deep down, believes what he proclaims. Yet how, then, could the Leftist worldview have become the dominant ideology of our age? At least for a libertarian, the answer should be obvious: the egalitarian doctrine achieved this status not because it is true, but because it provides the perfect intellectual cover for the drive toward totalitarian social control by a ruling elite”

Unfortunately, so-called “left libertarians” don’t get the point. They are “misfits,” Hans says, who share the Left’s commitment to forced equality. But don’t they have a problem? How can they say they are libertarians if the free market leads to inequality? They resort to a trick. They emphasize, correctly, that today’s titles to property can’t be traced back to a first act of appropriation that has been passed on to the current property owner. Aggression by the state has distorted things: ”They point to the fact that all current private property holdings and their distribution among various people have been affected, altered, and distorted by prior State action and legislation and that everything would be different and no one would be in the same place and position he currently is had it not been for such prior State-interferences. Without any doubt, this observation is correct.”

The left libertarians draw the wrong conclusion from this observation. As Murray Rothbard pointed out, if you challenge a current property title, you have the burden of proof to show that you are the rightful owner.  If you can’t do it, the current owner doesn’t have to do anything. Certainly, he doesn’t have surrender his property to satisfy the latest fashionable group of “victims” that the Leftist bleeding hearts champion.

Hans’s response to the Left is magnificent in its un-PC character: “Why not the ‘victims’ giving special respect to their ‘victimizers’? Why not bestow special honor to economic achievement and success instead of failure, and why not give special praise to traditional, ‘normal’ lifestyles and conduct rather than any abnormal alternative that requires, as a necessary condition of its own continued existence, a pre-existing dominant surrounding society of ‘normal’ people with ‘normal’ lifestyles?”

Because “left libertarians” do not recognize human differences, they embrace a suicidal ‘open borders’ policy that would destroy Western culture. “A million more Nigerians or Arabs living in Germany or a million more Mexicans or Hutus or Tutsis residing in the US is quite a different thing than a million more home-grown Germans or Americans. With millions of third- and second-world immigrants present when the crisis hits and the paychecks stop coming in, it is highly unlikely that a peaceful outcome will result and a natural, private-property-based social order emerge”

As you read the book, you will soon discover that Hans is also a master historian. The “original sin”, as he calls it, was to establish a supreme judicial authority to resolve legal disputes. “Predictably, the monopolist will use his position as ultimate decision-maker not only to resolve conflict between contending property owners, but increasingly also to initiate or provoke conflicts with private property owners, in order to then decide such conflicts in his own favor, i.e., to expropriate the just property of others to his own advantage on the basis of his own made-up laws. And on the other hand, the price to be paid for justice will rise. In fact, the price of justice will not simply be a ‘higher price’ that justice seekers may or may not be willing to pay (as would be the case for any other monopoly), but a tax that justice seekers must pay whether they agree to it or not.”

He defies the conventional wisdom that sees the rise of mass democracy as way to control the State. Exactly the reverse is true: “Only with democracy, however, i.e., the free and unrestricted entry into the State, are all moral restraints and inhibitions against the taking of others’ lawful property removed. Everyone is free to indulge in such temptations and propose and promote every conceivable measure of legislation and taxation to gain advantages at other people’s expense. That is, whereas in a natural order everyone is expected to spend his time exclusively on production or consumption, under democratic conditions, increasingly more time is spent instead on politics, i.e., on the advocacy and promotion of activities that are neither productive nor consumptive, but exploitative and parasitic of and on the property of others.”

Democratic politicians know that they will be in power for only a fairly short time, so they will grab what they can. Why should they care about the future of society? “Moreover, owing to regularly recurring elections, the politicization of society never comes to an end but is constantly reignited and continued. Legal uncertainty or lawlessness is thus heightened and social time preferences will rise still further, i.e., increasingly shortening the time horizon taken into consideration in one’s action-plans. And in the process of political competition, i.e., in the competition for the position of ultimate decision-maker, such politicians and political parties will rise to the top who have the least moral scruples and the best skills as demagogues, i.e., of proposing and propagating the most popular assortment of immoral and unlawful demands from a near limitless supply of such demands on offer in public opinion”

When you read this book, you will come away with one unmistakable impression. Hans doesn’t mince words. He says, for example, “If measured by the standards of natural law and justice, all politicians, of all parties and virtually without any exception, are guilty, whether directly or indirectly, of murder, homicide, trespass, invasion, expropriation, theft , fraud, and the fencing of stolen goods on a massive and ongoing scale. And every new generation of politicians and parties appears to be worse, and piles even more atrocities and perversions on top of the already existing mountain, so that one feels almost nostalgic about the past. They all should be hung, or put in jail to rot, or set to making compensation.” 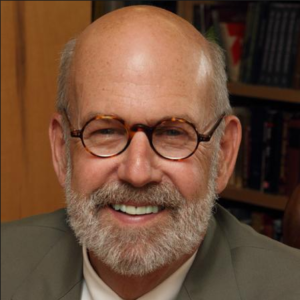 Hans warns us against intellectuals who pander to the State. “Because there is only little and fickle market demand for words rather than things, intellectuals are always desperate for any help they can get to stay afloat, and the State, in permanent need of ideological support for its relentless onslaught against natural law and justice, is only too willing to offer such help and employ them as public educators in exchange for the appropriate propaganda.” Hans could have had a stellar academic career had he joined this group of phony intellectuals,but he wouldn’t compromise.

Hans learned his refusal to compromise from his mentor in politics and economics, Murray Rothbard. He concludes the book with an essay on what he learned from Murray. Among the most important of these lessons was this: “But above all it was Murray who taught me never to trust official history, invariably written by the victors, but to conduct all historical research instead like a detective investigating a crime. Always, first and foremost and as a first approximation, follow the money in search of a motive.”

I remember how happy Murray was when in the early 1980s he met this brilliant young scholar. In the years since then, Hans Hoppe has become our foremost libertarian social theorist Readers of this penetrating and forthright book will see for themselves why Murray was so enthusiastic about Hans Hoppe.

The post Getting Libertarianism Right appeared first on LewRockwell.