Before I explain how wonderful the COVID-19 era is, and is going to be, for us and for liberty, I must give a nod to the very real concerns about agriculturalization of human beings by the state. The new American project seems to be about converting the amber waves of Republican grain into one giant CAFO, complete with centrally controlled feeding, mandated meds, and plenty of one-way alleys and head-gates.

We are not all drinking Brawndo, not yet.

While the state prefers that we be sheep, we should approach the government herd like a well-trained border collie, from rear vantage point, with a keen and focused eye.  What is the herd doing, and why is it doing that?  Where are the leaders, and where are the idiots (not mutually exclusive, of course)!  What is our objective for the herd?  After all, the border collie is as smart as any advanced four year old, knows its job, and has confidence in its ability to manage toward a goal.  Further, he has no doubts at all that he will be successful.

2020 is a great time to be an information consumer. Sure, social media and computer/TV/infotainment/humanitarian giants (talking about you, Bill Gates) and their political puppets are all about shaping what we consume and understand and know, to maintain confusion, promote fear and culture obedience as if in a lab, on agar.  Yet, I’m not only still able to read LRC, but many other resources proliferating Austrian economics, real history, and actual information in real context. The Last American Vagabond has a great list of news sources that any thinking person would be interested in. This simply was not available, even ten years ago.  The AIER, and FEE, as well as Mises.org and a hundred others have been offering solid economic and other content that is being picked up (perhaps unknowingly) by mainstream mouthpieces (the Post, The Times, Drudge, etc), and trending.  Even as mainstream media – which is to say corporate-government media – is struggling to stay relevant and interesting and “in control” – we are observing an evolution of wonderful global content that really matters.

I am seeing the genius of the younger generations, and the sweet agelessness of the internet community, and I’m beyond impressed.

Beyond that, here’s a short list that makes me smile.

The public education bubble is bursting.  Home, private, independent and unschooling is unstoppable, and technology makes it possible to outperform any public school in a thousand different ways. Colleges and the enormous federal debt they consume on the backs of students and parents are finally being held to account. Recent years of awareness of the burdens of college loan debt on younger generations, and improved information about what the economy (your neighbors around the world) really want and need you to do for them is causing improved decision-making by younger generations.  They were already borrowing less for college, and the current government response to the megacorona is driving the point home.

Prepping is trending.  Everyone is interested in cooking and storing food, being creative at home, learning skills of productivity and survival, and DIY’ing, always popular, is getting a real shot in the arm, so to speak.  The same media conglomerates, social media, Youtube and other corporate-government controllers (along the lines of CIA message shaping here and here) are finding that we like a lot of different things, and that includes prepping and survival skills.

History is ever more accessible to the Internet generation.  For example, this outstanding series by Whitney Webb on the Amerithrax case is remarkable in its depth and reach, and it’s better than anything Hollywood could ever derive. For the first time, people who never watched broadcast TV and choose their movies on demand, based on what their own – not corporate-government – networks advise, can learn how things connect.  Who knew Stanley Milgram’s six degrees of separation are now just three?  They did!

Authenti-ception is the new sixth sense.  Sensing the truth, identifying who is and isn’t authentic, and what is and isn’t real and true, has evolved along with mass media and the internet, data compression and AI.  Hardly anyone is left on the planet believes reality TV is real.  Very few believe anything any government has to say, anywhere, and of course Donald Trump has been huuugely effective in helping this fundamental narrative along.  Beyond that, Wikileaks has been a big help, revealing what’s behind the news we hear, and the lies politicians and corporations spew.  This evolution has been a long time coming – and now it is fracturing faith even in the top law enforcement agency.  The reaction to General Flynn’s case being rejected for FBI malfeasance gets a nod and a shrug, because we already know the police can legally lie to you, the feds will set you up, and plea bargains are usually contrived.  You could call it an age of cynicism, but Americans are not cynics, by any means.  It is simple “us and them,” this is just how government behaves.  Everyone knows that.

We understand the surveillance state.  This is a tricky one, as John Whitehead points out, and has been pointing out accurately for years.  The internet generations accept this as the cost of doing business, and in some ways are on board with the state’s interest, of moving our entire lives online, in a cashless, paperless, with 24/7 government/corporate-curated consumption, because it is easier than the alternative. Many people like the idea of a driverless car or taxi, and have grown up with and accept intrusive security procedures, lockdowns, militarized police and the panopticon.  However, they also understand that what’s theirs is theirs, and they appreciate cheap and easy encryption, and are willing to use it, unlike their parents and grandparents who whine about the surveillance state and won’t encrypt their messages, use a non-Five Eyes country VPN, or a secure online chat and meeting tool.

We have lost interest in war.  The feminization of western society can create sheep, and sheep don’t fight well.  It is no accident that the language of “war” has become ever pervasive, by governments, corporate and religious.  There’s something compelling about the dichotomy of social clarity in a time of war, even as confusion and destruction and randomness prevail.  That mix of clarity and fog interspersed makes our adrenaline flow, and adrenaline is a drug that all the other drugs want to be when they grow up.  In a perfect example of government idiocracy, we have simultaneous reports of the US military assisting in total population vaccination for the nCorona while prohibiting anybody with the antibodies from enlisting, without waiver.  Not Sure, anyone?

Hospital central planning has been revealed as unfixable.  This is lesson 99 of the continuing education in health care all Americans have been getting since the Clinton Health Care Task force in 1993.  COVID mandates and decades of past government edicts have cost hospitals and patients billions of dollars, as well as 250,000 to 400,000 deaths a year, and illustrate the flaws of central planning.  Here in blue Virginia under Order 53 Lockdown, only 22% of the ventilators are even in use, and hospitals are largely vacant, with health care workers of all kinds have been laid off or let go.  As centrally planned medicine boldly fails again, for example, the number of people with portable and privately owned oxygen supplies in their homes just keeps growing, present in 1.5 million homes just a few years ago. Americans increasingly seek to heal themselves, and do so.

Lockdown has created 100 million households of resistance – even among those who feel the government is helping.  You take away jobs, opportunity, exercise, family connections and provide “free” money, mass surveillance and a police state – that ought to work, right, Gov?  But many humans are as least as smart as border collies, and we found all kinds of new ways to get our fixes, most of which entailed new learning and new tools, even new priorities and goals that will complement the coming insurrection.  None of what we are learning is making us better citizens, but some of what we are learning is going to help us survive.  Whether on purpose or by accident, whether we agree politically or not, we are all accelerating the collapse the already collapsing state, and even seeing beyond that horizon towards something better. 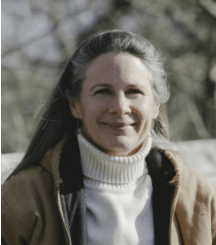 I have mentioned before the fantastic book Deep Survival, with its theme of who survives and who doesn’t.  The survivor is the guy or gal who early on admits they will probably die in, and of, their predicament, and somehow, this recognition unleashes a kind of creativity and fearlessness and reflection that allows good decisions, and wise, if sometimes risky, actions.  Of course you need grit, and something that a best-selling novelist talks about here.  Paulette Jiles, author of a number of historical and science fiction books, including the News of the World, says:

The mind also needs a variety of things, but I think in the contemporary world, we’re missing a really vital element, which is the world of the imagination. Which is why people flock to these remakes of Spiderman and Superman and Deadpool and all of the Star Wars, Star Trek, Doctor Who, whoever, because these are silly and funny and you can just float off into the world of the imagination on a magical balloon—and you need to do that. It’s not sugar. It’s not a dessert. It is as necessary as protein.

I can’t help thinking that the government COVID-19 response, in all of its powerful flaming disorganization and grand authoritarianism, is in fact moving things along quite nicely for the cause of liberty, if you know where to look.

The post Great Things Are Happening! appeared first on LewRockwell.