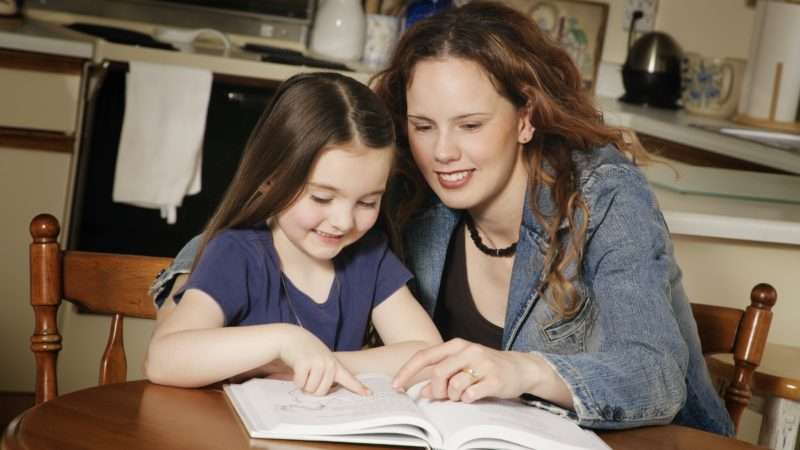 With the public school year underway nationwide—or else delayed beyond its normal start by labor actions and fearful policymakers—families getting an eyeful of what classes mean this year aren’t impressed by what they see. Even as school resumes, localities across the country report that parents are pulling their kids out to take a crack at one or another approach to home-based education. Nationally, the percentage of children being homeschooled may double, to 10 percent, from the figure reported in 2019.

“As COVID-19 continues to disrupt schools in the U.S., parents of school-age children are significantly less satisfied than they were a year ago with the education their oldest child is receiving,” Gallup recently reported of its survey results. “While parents’ satisfaction with their child’s education has fallen, there has been a five-point uptick (to 10%) in the percentage of parents who say their child will be home-schooled this year.”

Aware that many schools are teaching children remotely, Gallup was careful to specify that its homeschooling question referred to children not enrolled in formal school. So the survey seems to reveal a real increase in the ranks of families taking on responsibility for the education of their own children.

The same survey forecasts a drop in traditional public school attendance, from 83 percent of all Kindergarten through 12th-grade students to 76 percent.

Gallup’s results square with anecdotal reports from around the country. News stories from Texas to Kansas to Ohio to Pennsylvania tell of families dissatisfied with chaotic public school schedules, strikes and sick-outs, and teaching arrangements that fail to meet families’ widely varying tolerances for risk in the midst of a pandemic.

“The pandemic has driven an increasing number of parents around the region and the country to give new consideration to homeschooling, spurred by uncertainty about school schedules and aversion to virtual learning programs,” the Philadelphia Inquirer reported earlier this week. “Officials have said online learning this fall will be far improved from when the pandemic abruptly closed schools in the spring. But a number of parents choosing to homeschool said their experiences with virtual instruction were simply too frustrating.”

The Inquirer noted that Pennsylvania is considered a high-regulation state, which has acted as a deterrent to many would-be homeschoolers. But frustration with public school offerings may be all the push many families need to overcome such barriers.

Elsewhere, legal hurdles to homeschooling are far lower, making DIY education an easier choice for those with the interest and ability to take advantage of the opportunity.

Even though public schools are the easy, default option, pre-paid through taxes, the ranks of homeschoolers have doubled over the past two decades to include an estimated 3.3 percent of K-12 students by 2016. As those numbers grew, homeschooling expanded from the fringes to become an increasingly mainstream choice, especially in areas of the country where it was more common.

Now, the pandemic appears to be accelerating the acceptance of DIY education—encompassing a variety of approaches including unschooling, co-ops, learning pods, microschools, and variations and permeations of the same—to a tipping point. For many Americans, homeschooling has become the safe and reliable approach in a world of failing government schools.

“COVID-19 has created a strange natural experiment in American education: Families who would have never otherwise considered taking their kids out of school feel desperate enough to try it,” observes Emma Green for The Atlantic. “The question is whether COVID-19 will cause a temporary bump in homeschooling as parents piece together their days during the pandemic or mark a permanent inflection point in education that continues long after the virus has been controlled. Some families may find that they want to exit the system for good.”

Many observers think that we’re seeing a world of accelerating alterations wrought by a combination of pandemic fears and imposed political choices. And these transformations, they say, are here to stay.

“While COVID-19 has and continues to impact communities worldwide, it is also changing, in perhaps sometimes positive ways, how we manage our daily lives,” writes Hamilton Lombard, a research specialist for the Demographics Research Group at the University of Virginia. Lombard continues:

“The pandemic has … required many parents who have school-age children to jump head first into the world of home schooling while also managing their own work schedules. Despite the difficulties that come with the shift in the way we work, learn and live, it is likely that we will continue to adopt a more technology-reliant and home-based lifestyle even after the pandemic. And this is particularly true with homeschooling, which will inevitably remain more commonplace after the pandemic than it was before it.

An aspect of homeschooling’s growth that draws Lombard’s attention is that it’s very much not a niche phenomenon. The families choosing to educate their own children look like cross-sections of America.

“Growth in homeschooling is being driven by parents who increasingly come from a wide range of backgrounds and who choose to homeschool for a variety of reasons, which indicates that the demographic constraints on how much further homeschooling can grow are looser than they might appear and possibly that a fundamental cultural shift is taking place,” Lombard notes.

One potential downside Lombard sees in the permanent expansion of home-based education and the corresponding reduction in the importance of government schools is a resulting decline in shared values. This, he warns, “has the potential to increase social fragmentation in communities.”

But in an era of curriculum wars—in which political factions battle one another over which spun version of history, economics, and social relations will be presented to students held captive in government classrooms—that may well be a very healthy development. Families choosing DIY education (or private and charter schools, for that matter) have greater ability to select learning environments and curricula that please them than do those who are subject to the whims of public-school bureaucracies. That means fewer battles over lesson content and vastly improved viewpoint diversity.

The graduates of varied approaches to education taught from different points of view may be more socially fragmented in the sense that they just don’t always agree with one another. But they’re also unlikely to share a misplaced faith in monolithic “truths” taught to them by government educators.

The pandemic is forcing many of us to do things differently, and it’s bound to leave behind some permanent alterations to our ways of life. Losing faith in government schools and taking on more responsibility for educating our children will be a positive outcome from a very difficult era.