John Roberts Just Annoyed Everybody. Is He the New Anthony Kennedy? 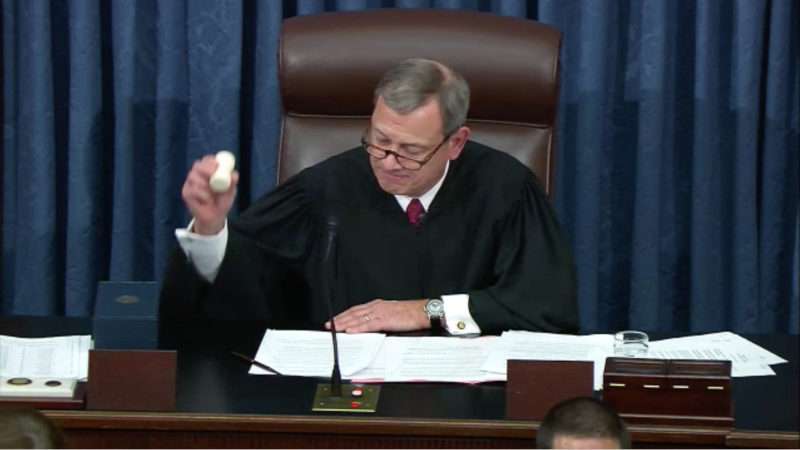 When Anthony Kennedy retired from the U.S. Supreme Court in 2018, he enjoyed the unique distinction of having been denounced by every major political faction in the country. For conservatives, Kennedy was the activist judge who “invented” a right to gay marriage. For progressives, he was the corporate shill who authored Citizens United. For libertarians, he was guilty of both enabling eminent domain abuse and squashing the rights of local medical marijuana users in favor of a national drug control scheme. At one point or another, it seemed like everybody had cause to hate on Anthony Kennedy.

John Roberts is the new Anthony Kennedy. As the Supreme Court’s 2019-2020 term came to its dramatic close this week, the chief justice not only solidified his role as a swing vote in highly charged cases, but also managed to annoy practically everybody along the way.

Will the religious right ever forgive Roberts for siding with the Court’s Democratic appointees to strike down an anti-abortion law? In Whole Woman’s Health v. Hellerstedt (2016), the chief justice dissented when the Court overturned a Texas statute that required abortion providers to have admitting privileges at local hospitals. But in this term’s June Medical Services v. Russo, Roberts did the opposite, concurring in a decision that voided a nearly identical abortion regulation from Louisiana.

“I joined the dissent in Whole Woman’s Health and continue to believe that the case was wrongly decided,” Roberts wrote in a lone concurrence. However, “stare decisis requires us, absent special circumstances, to treat like cases alike,” he continued. “The Louisiana law imposes a burden on access to abortion just as severe as that imposed by the Texas law, for the same reasons. Therefore Louisiana’s law cannot stand under our precedents.”

Plenty of progressives praised Roberts for that. But their cheers quickly turned to jeers when the chief justice delivered a huge victory just one day later for both school choice and religious liberty advocates in Espinoza v. Montana Department of Revenue. “A State need not subsidize private education,” Roberts wrote. “But once a State decides to do so, it cannot disqualify some private schools solely because they are religious.” The Court has “long recognized the rights of parents to direct ‘the religious upbringing’ of their children,” he observed. “Many parents exercise that right by sending their children to religious schools, a choice protected by the Constitution.”

And then there was Seila Law v. Consumer Financial Protection Bureau, in which the chief justice led the Court in declaring the single-director structure of the Elizabeth Warren-invented Consumer Financial Protection Bureau (CFPB) to be unconstitutional. “The CFPB Director has no boss, peers, or voters to report to,” Roberts wrote. “Yet the Director wields vast rulemaking, enforcement, and adjudicatory authority over a significant portion of the U. S. economy. The question before us is whether this arrangement violates the Constitution’s separation of powers.” Roberts held that it did. Not exactly a happy outcome for supporters of the so-called administrative state.

Libertarians, of course, were criticizing Roberts before it was cool. In National Federation of Independent Business v. Sebelius (2012), Roberts characterized his vote to uphold Obamacare as an act of conservative judicial restraint, invoking the early 20th century jurist Oliver Wendell Holmes Jr., who once declared, “if my fellow citizens want to go to Hell I will help them. It’s my job.” Here’s how Roberts put it: “It is not our job to protect the people from the consequences of their political choices.” To say the least, that deferential approach is the antithesis of the libertarian legal movement’s vision of the proper role of the courts in our constitutional system.

To be sure, Roberts is not the only swing vote on the Supreme Court these days. Justice Neil Gorsuch actually had a record that was more “liberal” than Justice Kennedy’s when the two sat on the Court together in 2017-2018. In this term’s Bostock v. Clayton County, Georgia, Gorsuch led the Court in extending federal anti-discrimination protections to gay and transgender employees. That ruling was widely celebrated as a liberal victory, though Gorsuch did base his reasoning on the textualist principles championed by the late Antonin Scalia, a conservative legal icon.

Still, it was Roberts who was truly at the center of the SCOTUS storm, having cast key votes on some of the most contentious issues in modern American life, from COVID-19 lockdowns to the subpoenaing of President Donald Trump’s financial records.

Like it or not, it’s the Roberts Court now.