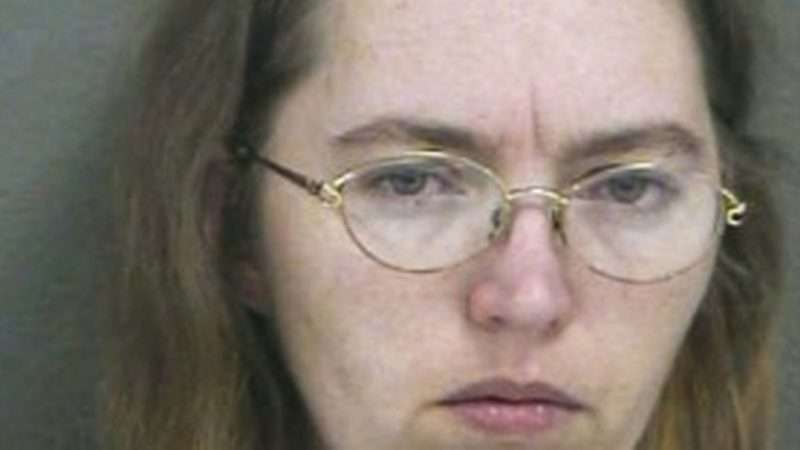 It has been nearly 70 years since the federal Bureau of Prisons executed a woman. That will change in December if Attorney General William Barr gets his way.

The Department of Justice announced Friday that Lisa Marie Montgomery, 52, will be executed via lethal injection on December 8. Montgomery was convicted in 2007 of choking a pregnant woman to death in 2004, then cutting the baby out of the victim’s body so she could pass it off as her own.

Montgomery traveled from Kansas to Missouri and kidnapped the victim, Bobbie Jo Stinnett, making the murder a federal crime. A jury unanimously recommended a death sentence.

Until this year, the Federal Bureau of Prisons’ death chamber had been silent, with no federal executions since 2003. But last year Barr announced that he was reinitiating protocols and resuming executions. These executions began in July, with three prisoners dying over the course of a single week.

So far, Barr’s Justice Department has had seven inmates executed, all of them male. Two other men have been scheduled for execution (one in November and one in December). This administration has set a modern record for federal executions.

If the Bureau of Prisons follows through with Montgomery, she’ll be the first woman executed by the federal government since 1953. Bonnie Brown Heady was put to death in December 1953, as was her partner in crime, Carl Austin Hall, for kidnapping and murdering a 6-year-old boy they had taken for ransom. Heady’s execution came on the heels of the much more famous execution of Ethel Rosenberg, electrocuted in June (along with her husband, Julius) for spying and leaking American military secrets to the Soviet Union.

The descriptions of Montgomery’s crimes are brutal, as has been the case for pretty much all of the men executed as well. The circumstances of Montgomery’s crimes also show what experts have stated was serious mental illness. According to her family and attorneys, Montgomery was a victim of severe abuse, raped repeatedly by her stepfather while she was a teen, and subjected to physical violence that might have left her brain damaged. She also had a history of claiming to be pregnant when she was not. (She had tubal ligation surgery in 1990 and could not get pregnant.) A lot of this family information was not provided to the jury during her sentencing phase; her appeals team uncovered it after her sentencing.

While Montgomery’s background is no excuse for murder, it should raise some red flags. There is little deterrence in executing an inmate whose murder motives are bizarre and clearly a sign of mental illness. Killing Montgomery does not make the United States any more safe or just than simply leaving her in federal prison to live out the remainder of her life.

If the Department of Justice succeeds in completing all of its executions planned out for the end of the year, Trump over the course of just six months will have tied the number of federal executions—10—carried out under President Harry S. Truman across his two terms. President Franklin D. Roosevelt will still have Trump beat by six.