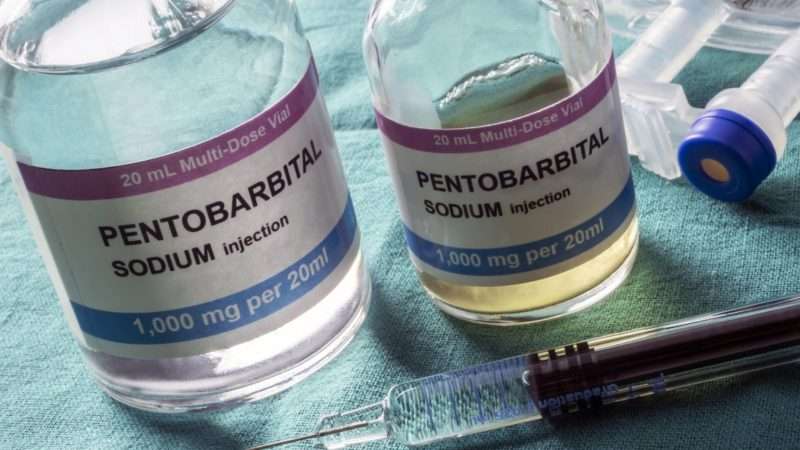 At 4 p.m. Eastern Time today, Daniel Lewis Lee, 47, is scheduled to be executed by lethal injection for the 1996 murder of a family of three. His would be the first federal execution since 2003, but wrangling between the Justice Department and the courts has put the scheduling in doubt.

On Friday, a federal judge in Indiana issued a temporary injunction stopping Lee’s execution. She was responding to a lawsuit filed by relatives of Lee’s victims, who said they wanted to attend the execution but were afraid to travel due to fears of COVID-19 infection. They asked the court to delay the event, arguing that under the law they’re entitled to attend and that if it’s too dangerous for them to make the trip to Terre Haute, Indiana, where Lee is incarcerated, execution should be delayed. The judge agreed.

On Sunday, after an emergency appeal by the Department of Justice, a panel of judges for the U.S. Court of Appeals for the Seventh Circuit lifted the injunction. Chief Circuit Judge Diane Sykes wrote that the scheduling of an execution date is itself not judicially reviewable and that the relatives of Lee’s victims do not, in fact, have a statutory or regulatory “right” to attend the execution under the Federal Death Penalty Act. The execution was back on.

But this morning, a U.S. district judge ordered a new delay—this one affecting not just Lee’s execution but all four federal executions scheduled in July and August. This new injunction, by Tanya Chutkan of the U.S. District Court of D.C., centers on the method of execution, lethal injection with the drug pentobarbital. The drug induces cardiac arrest, but has a troubled reputation for taking too long to work, leaving death row inmates feeling “searing, burning” pain in their veins while it takes effect. Inmates have been suing to try to stop the drug from being used for lethal injections. Lee and the three other federal defendants facing execution have asked the court to stop the execution while they continue challenging this injection protocol as a violation of their Eighth Amendment protection against cruel and unusual punishment.

Chutkan’s decision today agrees that there’s “substantial risk of serious pain” under the current execution protocols and notes that the Department of Justice could implement additional drugs to suppress pain or use other mechanisms entirely to execute the inmates, such as a firing squad.

The Justice Department immediately appealed Chutkan’s ruling to the U.S. Court of Appeals for the District of Columbia Circuit, and so the execution could end up still happening on time today.

This sudden rush to execute a pack of federal inmates comes under the orders of Attorney General William Barr. The federal government stopped executing prisoners back in 2003, one of the last being Oklahoma City bomber Timothy McVeigh in 2001. But last summer Barr announced he was restarting federal executions, and the Bureau of Prisons implemented new protocols. The Justice Department specifically selected federal death row inmates convicted of killing children in order to kick off its return. Barr wrote at the time that the Justice Department “owe[s] it to the victims and their families to carry forward the sentence imposed by our justice system.”

In Lee’s case, though, the family of the victims do not, in fact, want Lee executed and have been very vocal about trying to get it stopped. Lee, as a member of a white supremacist group, killed a couple and their 8-year-old daughter; he was convicted in 1999 and sentenced to death. But he was believed to have been acting on the orders of another man who was sentenced to life in prison. The relatives of the murdered family want Lee, like the man who allegedly masterminded the crime, to remain in prison and not be executed.

This post will be updated should Lee actually be executed this afternoon. But for now, his death has been delayed.