Police Are Using $1.6 Billion in Surplus Military Gear Doled Out Since 9/11 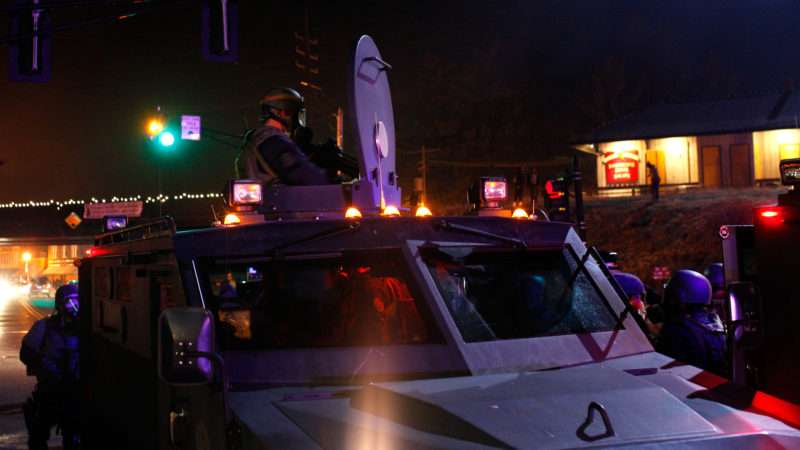 Police departments are using more than $1 billion in surplus military equipment handed out by the Pentagon since 9/11, according to a study released last week by Brown University’s Costs of War project.

The study found that the Department of Defense’s (DOD) 1033 program, which offers free surplus military equipment to police departments, has transferred at least $1.6 billion worth of equipment to departments across the country since 9/11, compared to just $27 million before the terrorist attack.

That equipment includes mine-resistant, armored-protective vehicles, or MRAPs, which are hulking, armored personnel carriers designed to survive bomb blasts on the roads of Iraq and Afghanistan. Instead, 1,114 MRAPs are currently in the possession of American police departments. Texas law enforcement received 116 MRAPs, the most of any state. Tennessee received the second-most, 86, and Florida received third-most, 72.

The total dollar value is likely an undercount, because the study only tracked “controlled property,” like MRAPs and weaponry, which stays on the Pentagon’s books as long as it remains in use. Since it was established in 1990, the 1033 program has transferred more than $7 billion total in surplus military equipment to local police departments, according to DOD estimates, but most of that stuff is mundane “non-controlled” items, like cold-weather gear and filing cabinets.

However, this most recent report says it offers “the most updated and comprehensive accounting of post-9/11 1033 program equipment transfers to date.”

A 2014 report by the White House under former President Barack Obama found that the federal government had provided 460,000 pieces of military equipment to local police, including 92,442 small arms, 44,275 night-vision devices, 5,235 Humvees, 617 mine-resistant vehicles, and 616 aircraft.

The issue of police militarization came to national attention during the Black Lives Matter protests of 2015, after photographs and videos emerged from Ferguson, Missouri, showing heavily militarized police confronting civilians.

The Obama administration limited the program that year, prohibiting the transfer of such items as camouflage, .50-caliber ammunition, tracked armored vehicles, grenade launchers and bayonets. Police departments in possession of these items were asked to return them.

The Obama administration also put new federal oversight and annual auditing requirements in place for the 1033 program after finding there were lax controls over the program. Police departments had to justify requests for certain big-ticket items, like armored personnel carriers, and third-party sales were banned.

A 2017 Government Accountability Office (GAO) report is illustrative of why the requirements were added. The GAO was able to procure $1.2 million in “controlled property” through the 1033 program by creating a fictitious federal agency and applying for gear.

Police departments were loath to send back their big, shiny toys, though, and they found a much more welcome reception from the Trump administration. President Donald Trump rescinded the Obama memo, including the reporting requirements, in 2017, opening the Pentagon spigot back up.

As the Brown University report notes, though, the Pentagon’s 1033 program is far from the biggest source of police militarization—although it is an important one. Department of Homeland Security grants and asset forfeiture funds funnel far more money to police departments for equipment. For instance, last year an Iowa sheriff’s department bought a BearCat armored vehicle using nearly $300,000 in asset forfeiture funds.

Keeping cops from cosplaying as soldiers is only a partial fix, though. As Alec Ward wrote for Reason earlier this summer, “the problem with police militarization isn’t that officers look too scary; it’s that treating policing like a military function misapprehends the proper relationship between the police and the general public. By treating cops like service members, militarized policing reinforces the idea that the police exist above and apart from civil society, and invites cops to see themselves as essentially different from—and superior to—ordinary citizens.”