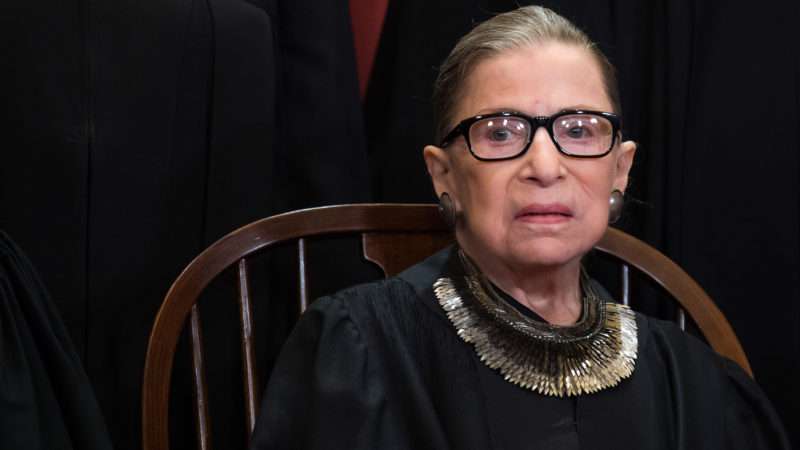 Supreme Court Justice Ruth Bader Ginsburg passed away earlier this evening. Much will be written about the political and legal effects of her passing. In this post, I would like to set that aside and pay tribute to her legacy.

Justice Ginsburg’s most significant legacy will surely be her contribution to the struggle for gender equality in this country. As head of the ACLU Women’s Rights Project in the 1970s, she litigated many of the landmark cases that led the courts to conclude that laws discriminating on the basis of sex are presumptively unconstitutional. These successes may seem inevitable today; but it was far from certain they could have been accomplished as quickly as they were without RBG’s skillful leadership and legal strategy. She further entrenched and extended these successes with her jurisprudence on the Supreme Court, most notably in her important opinion for the Court in United States v. Virginia (1996).

The fight for gender equality was and is a complex process in which many people and institutions have played important roles. But at least in the legal arena, it is hard to think of any one person who made a greater contribution to it than did Ruth Bader Ginsburg.

On many other issues that came before the Supreme Court during her 27-year tenure, RBG’s jurisprudence will be contentious for at least some time to come. There is plenty of room for dispute over whether she was right about such questions as abortion, affirmative action, and campaign finance restrictions, for example. I myself believe she was often wrong in her opposition to almost all all judicial enforcement of structural constitutional limits on federal power. In this field, she tended to vote in favor of very broad federal power even in some cases where other liberal justices went the other way, as in Murphy v. NCAA (2018). This suspicion of federalism was entirely understandable in a liberal of her generation, many of whom associated the concept with “states’ rights” resistance to racial equality and other progressive causes. Only in more recent years has the ideological valence of constitutional federalism begun to shift.

On less ideological charged issues, it is notable that Justice Ginsburg was often a “formalist” advocate of sticking to text and clear legal rules, in that respect similar to her friend and and ideological opposite Justice Antonin Scalia. The much-praised friendship between the two of them was an example to the rest of us of how we can maintain civil relations with—and learn from—those we profoundly disagree with. Justice Ginsburg was -deservedly—an icon of the legal left, much as Scalia (whose legacy I discussed here and here) was for many on the right.

It is easy to praise judicial opinions (and other writings) we agree with. In Ginsburg’s case, it is worth noting that I often found much of value in her writings even when I thought she was wrong. For example, I disagreed with her bottom-line conclusion in her lonely solo dissent in Fisher v. University of Texas I (2013), a key affirmative action case. But I thought she made a good point in arguing that there is generally little difference between explicit racial preferences and facially neutral admissions criteria enacted for the specific purpose of increasing the representation of some racial and ethnic groups relative to others. Indeed, for reasons she effectively explained, the latter are often actually worse than the forer.

Much more will no doubt be said about Justice Ginsburg’s life and legacy in the coming days. For now, I will close by offering condolences to those of her friends, family, law clerks, and colleagues who may happen to read this. A giant has passed. We may not see her like again.