San Francisco Judge Rules Drivers With Ride-Sharing Companies Are Employees. Uber Warns It’ll Have To Raise Prices By as Much as 111 Percent. 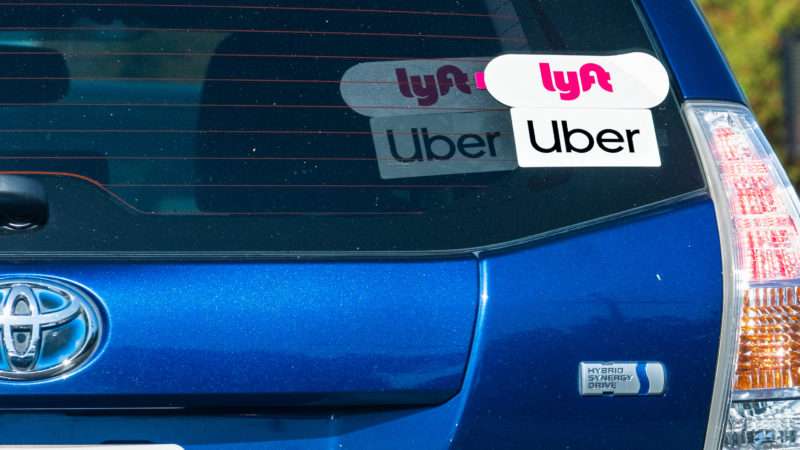 A San Francisco judge ruled Monday that Uber and Lyft must classify their drivers as employees, a momentous decision that potentially puts companies on the hook for providing extensive benefits to these workers, including overtime pay and health insurance.

The decision came in response to a lawsuit filed back in May by California Attorney General Xavier Becerra. He, alongside the city attorneys from Los Angeles, San Diego, and San Francisco, argued that the companies were misclassifying their drivers as independent contractors under the state’s recently passed Assembly Bill (A.B.) 5.

That law, which went into effect in January, set out three requirements that a worker would have to meet in order to be considered an independent contractor. This “ABC” test requires that a contractor be a) free from the control of the entity hiring them, b) be performing work outside the scope of the entity hiring them, and c) be “customarily engaged” in the kind of work they are being hired to perform.

Uber and Lyft have argued that their drivers can be considered contractors under this ABC test because they are technology companies connecting riders to drivers, not transportation companies hiring drivers to perform rides.

The ruling has provoked a backlash from Lyft and Uber, who argue that the vast majority of their drivers prefer the flexibility that comes with being independent contractors, and that having to classify drivers as employees will dramatically increase the cost of rides.

“Drivers do not want to be employees, full stop. We’ll immediately appeal this ruling and continue to fight for their independence. Ultimately, we believe this issue will be decided by California voters and that they will side with drivers,” said a Lyft spokesperson to Business Insider.

Should drivers be classified as employees, “Uber would only have full-time jobs for a small fraction of our current drivers and only be able to operate in many fewer cities than today,” wrote Uber CEO Dara Khosrowshahi in a Monday op-ed for The New York Times. “Rides would be more expensive, which would significantly reduce the number of rides people could take and, in turn, the number of drivers needed to provide those trips.”

An analysis by Uber economist Alison Stein estimated that prices for rides would have to rise between 25 to 111 percent across California to cover the costs of providing employee benefits to all drivers on the platform, with the highest price spikes coming in less dense areas of the state.

A.B. 5 has caused no shortage of disruption and pain for many freelancers who’ve lost work or been forced into less flexible working arrangements because of their newfound classification as employees.

In addition to appealing the ruling, Uber, Lyft, and delivery app businesses like DoorDash and Instacart are fighting to pass Prop. 22, which would classify app-based transportation and delivery drivers as independent contractors. That measure will go before voters in November.

An analysis conducted by the Wall Street Journal found that the federal government spent $250 billion on its $600 weekly unemployment bonuses which were sent from April through the end of July. That bonus was initially passed as part of the $2.3 trillion Coronavirus Aid, Relief, and Economic Security (CARES) Act.

Those benefits expired at the end of last month. President Donald Trump has proposed extending them, creating a new program via an executive memorandum, paid for by $44 billion in existing disaster relief funds, that would provide unemployed workers with a $400 weekly bonus until the end of December. (States would be responsible for pitching in $100 of the weekly $400.)

California received $38.4 billion in benefits, the most of any state, and Michigan received the most when adjusting for the size of its labor force, reports the Journal.

Given the massive shrinkage in the number of jobs available during the first months of the pandemic, most economists don’t think that the $600 bonus kept many people from returning to work. The American Enterprise Institute’s Michael Strain has argued that extending that bonus would act as a drag on recovery, as the economy slowly (hopefully) returns to normal.

Democratic presidential candidate Joe Biden is reportedly on the cusp of choosing his running mate. The New York Times reported yesterday that Biden had interviewed all of the final candidates, and is now in the final process of picking a running mate.

Biden has already committed to picking a female vice president, but who it’ll be beyond that remains to be seen. Reports the Times:

Some of the strongest contenders have been Senator Kamala Harris of California; Susan Rice, the former national security adviser; Senator Elizabeth Warren of Massachusetts; and Gov. Gretchen Whitmer of Michigan, who met with Mr. Biden on Aug. 2. Mr. Biden and his team have also closely considered Senator Tammy Duckworth of Illinois, Gov. Michelle Lujan Grisham of New Mexico and Representatives Karen Bass of California and Val Demings of Florida.