As we’ve been saying on the Ron Paul Liberty Report for some time, in this period of coronavirus and the naked power-grabs by authoritarian politicians from all levels of government, if there is any hope to claw back some of our liberties it will come from the bottom up.

Politicians are drunk on power and they are not about to enter any kind of 12 step program.

But throughout the country it is the people who are fighting back. And they are scoring tremendous victories. On a small scale, a hundred flowers are blooming daily as Americans who perhaps yesterday were not at all political, or who went along to get along, are realizing what is at stake and are standing up.

The elites laughed at the “flyover country” folks in places like the Lake of the Ozarks who ignored demands that they practice “social distancing” and wear masks in public over Memorial Day weekend and simply went out and had a good time. In fact the elites and the sycophants openly wished these people would contract Covid and die as punishment for ignoring the orders of their “betters.”

That’s how sick things have become.

Here in Texas the speaker of the house Dennis Bonnen – ostensibly a conservative Republican – has warned us lowly citizens that if we want big daddy government to allow us to conduct business again in this state, we need to bow down and scrape.

He told USA Today that if we don’t wear masks whenever we go outside, we can’t have our freedom back:

The corrupt Dennis Bonnen may think he can push Texans around, but perhaps he’s had his own mask on too tight and is suffering from hypoxia.

Down here in Brazoria county a strong independent spirit runs through the vibrant and active homeschool movement. In fact Texas homeschoolers and particularly Brazoria County homeschoolers have been the backbone of Ron Paul country.

Earlier this month, a group of homeschoolers mobilized and began challenging the ridiculous closures of playgrounds throughout Brazoria County through direct action.

It is the most outrageous abuse of power to deny children the ability to go outside in the sun, help virus-killing vitamin D to flow through their systems, and get the exercise that is most directly associated with a healthy immune system and resistance to coronavirus.

Government restricting children from that which keeps them healthy is not “science” – it’s criminal.

So this group, the “Park Patriots,” took action. First they descended on a park in Lake Jackson, Ron Paul’s hometown, and after the city workers called the police on them they gave the police a lesson in the law and law enforcement. They ended up at city hall and successfully got the vice mayor to admit that there was no force of law behind the forced shutdown of parks. Officials pretended they had the authority to deny citizens the facilities they were forced to pay for, but in the end a “guideline” is quite different than a law.

The mothers returned to the park and let their kids loose on the playground. Victory indeed.

Today the “Park Patriots” struck again, trudging up to Angleton’s “Freedom Park” to again let their homeschooled kids loose on the taped up playground – and to reclaim their freedom.

As they arrived they began dismantling the tape and the other impediments to children using the facilities: 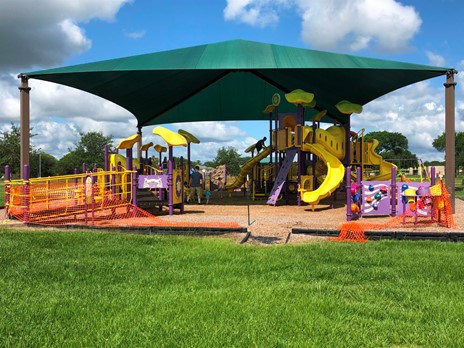 The orange fencing keeping children from enjoying the park that their parents paid for ended up exactly where it belonged: 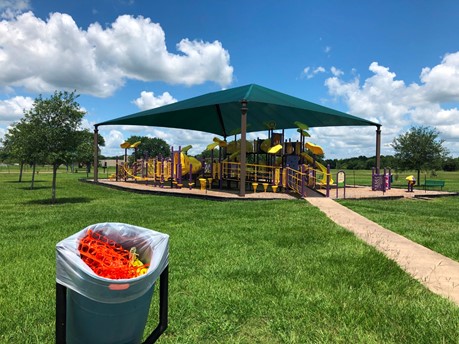 One of the children – in this case your author’s own daughter – relished the idea of smashing through the ridiculous “caution” tape on the swings: 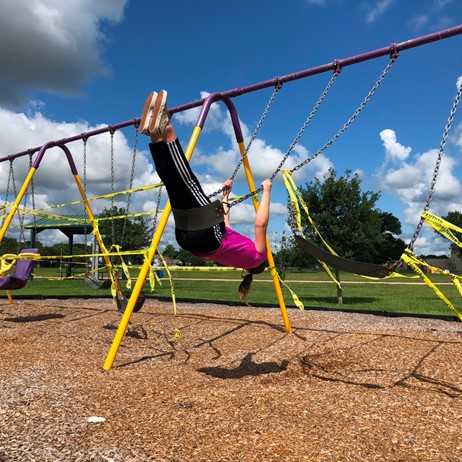 Once again it was city workers who called the police on the people who pay their salaries – notice a pattern here? – and soon enough some squad cars showed up. 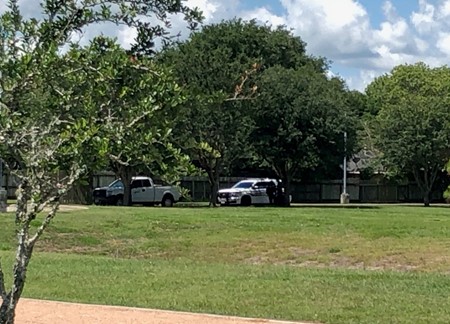 Ironic how the officer with “We The People” tattooed across his arm showed up with such contempt for the actual people. One of the homeschool fathers hit the perfect note when he reminded the officer that it was in fact the park itself that belonged to the same “We The People” he was wearing on his arm.

Also of interest is that when the officer’s falsely asserted authority to remove the children from the park was obliterated by the excellent rhetoric of the parents, how only response was the bizarre “y’all anti-vaxxers?” Bad move, officer!

Finally, the officer, totally defeated by the arguments of the parents, turned heel and walked away, leaving his colleague dumbfounded and alone. She also turned around and walked away.

One group of parents broke off to go to the city hall to directly challenge authorities and the other group remained at the park.

Eventually the officer returned to the homeschoolers remaining at the park. He tried to act friendly at this point. “The chief of police has decided that you can remain at the park.” 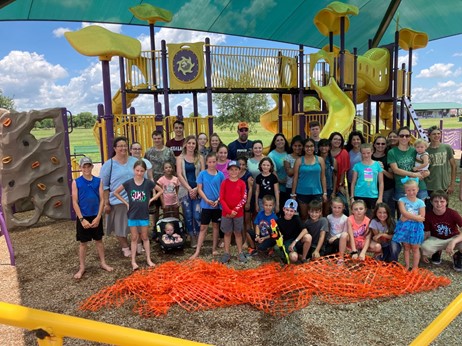 And thanks to these brave and dedicated homeschoolers, “Freedom Park” is free again: 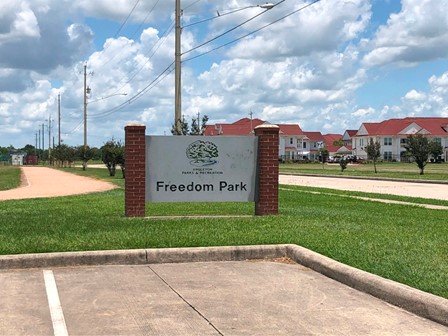 And finally: Don’t mess with Texas…homeschoolers!