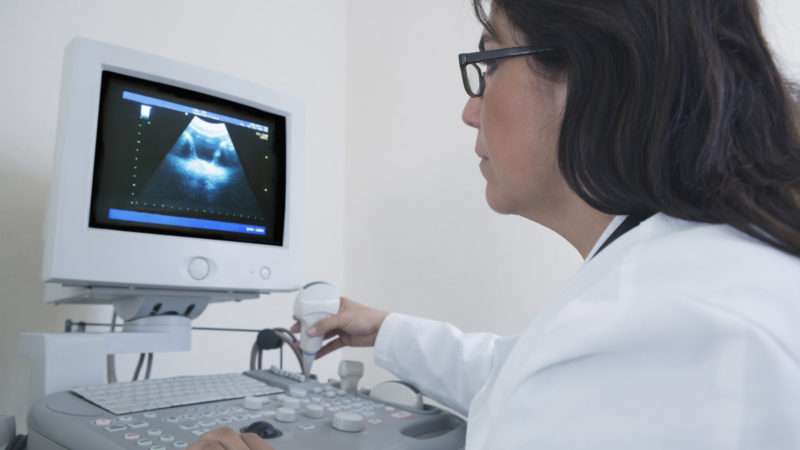 The U.S. Supreme Court has handed another blow to backhanded attempts at abolishing abortion by making clinics comply with ridiculous and unnecessary regulations.

In a 5-4 decision released Monday, the court struck down a Louisiana law (Act 620) saying doctors who perform abortions must have “active admitting privileges at a hospital . . . located not further than thirty miles from the location at which the abortion is performed or induced.” If enforced, it would have left Louisiana with just one abortion clinic statewide.

In the consolidated cases before SCOTUS, “five abortion clinics and four abortion providers challenged Act 620 before it was to take effect, alleging that it was unconstitutional because (among other things) it imposed an undue burden on the right of their patients to obtain an abortion,” states the Court’s summary of the case.

Previously, a U.S. District Court had declared the admitting-privileges law unconstitutional, “finding, among other things, that the law offers no significant health benefit; that conditions on admitting privileges common to hospitals throughout the State have made and will continue to make it impossible for abortion providers to obtain conforming privileges for reasons that have nothing to do with the State’s asserted interests in promoting women’s health and safety; and that this inability places a substantial obstacle in the path of women seeking an abortion,” states the summary.

Justice Breyer notes in the majority’s opinion that the Louisiana law “is almost word-for-word identical to Texas’ admitting-privileges law,” which SCOTUS struck down in 2016.

(Read the full decision and concurring and dissenting opinions here, and more on the 2016 Texas case here.)

“There was one notable difference between the two abortion rulings,” notes Reason‘s Damon Root. “This time around, Chief Justice Roberts sided with the Court’s Democratic appointees and voted to strike down the state regulation. What changed?”

In his concurring opinion, Roberts answers that question:

I joined the dissent in Whole Woman’s Health and continue to believe that the case was wrongly decided. The question today however is not whether Whole Woman’s Health was right or wrong, but whether to adhere to it in deciding the present case. […] Stare decisis requires us, absent special circumstances, to treat like cases alike. The Louisiana law imposes a burden on access to abortion just as severe as that imposed by the Texas law, for the same reasons. Therefore Louisiana’s law cannot stand under our precedents.

The Supreme Court also ruled yesterday that the structure of the Consumer Financial Protection Bureau is unconstitutional, declined to stop federal executions from moving forward, and upheld a law saying foreign nonprofits that receive U.S. funding must pledge to oppose prostitution. (See The Volokh Conspiracy for more on these decisions.)

Oregon measure to legalize psilocybin moves forward. An Oregon measure to legalize hallucinogenic mushrooms for psychiatric use has enough signatures to get on the ballot in November, its backers said yesterday. “Chief petitioners of Oregon Psilocybin Therapy Initiative, or Initiative Petition #34, Sheri and Tom Eckert, said Monday during a Zoom press conference that the campaign has gathered 164,782 signatures,” reports The Oregonian. “The campaign believes they will know for sure by mid-July.” The cities of Denver, Colorado, and Oakland, California, have recently decriminalized psilocybin, but “Oregon would be the first state to legalize the substance, which is currently a Schedule I drug,” the paper notes.

UPDATE: INDOOR DINING WILL NO LONGER RESUME ON THURSDAY.

We had planned to loosen restrictions this week. However, after #COVID19 spikes in other states driven by, in part, the return of indoor dining, we have decided to postpone indoor dining indefinitely.

Meanwhile, Arizona Gov. Doug Ducey said Monday that his state would hit pause on phasing in more reopening plans, ban organized gatherings of more than 50 people, and close gyms, bars, and a range of other businesses that had briefly been open.

• Scientists aren’t sure what to make of a mutation in the new coronavirus that now accounts for the majority of cases. “The mutation doesn’t appear to make people sicker, but a growing number of scientists worry that it has made the virus more contagious,” reports The Washington Post.

• Another person has been killed, and a 14-year-old boy wounded, in Seattle’s Capitol Hill Occupatied Protest (CHOP) zone. This is the third fatal shooting in CHOP, and it comes about a week after Seattle Mayor Jenny Durkan said the city would disband it.

• Reddit is canceling more than 2,000 subject-specific communities (a.k.a. subreddits)—including one about President Donald Trump and one about the popular lefty podcast Chapo Trap House—for allegedly violating the site’s content policies.

• The video streaming service Twitch has temporarily suspended the president’s account. “In line with our policies, President Trump’s channel has been issued a temporary suspension from Twitch for comments made on stream, and the offending content has been removed,” spokesperson Brielle Villablanca said.