The Sins and Virtues of New Religions 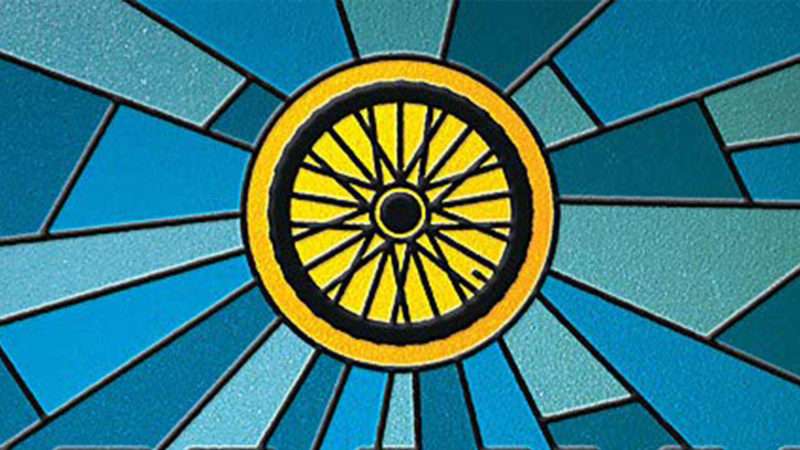 Over the last 15 years, two growing groups of people have been drifting away from traditional organized religion. One is the “Nones,” the 25 or so percent of American adults who consider themselves religiously unaffiliated. The other—which overlaps with the first—is the “Remixed,” Tara Isabella Burton’s term for people who blend traditional faiths with “personal, intuitional spirituality.”

Burton, a journalist with a doctorate in theology, discusses both cohorts in Strange Rites, a book about Americans who reject traditional religious dogmas and labels. These people are often churchless and sometimes godless. But that doesn’t mean they’ve rejected religion. Many of them simply worship different things.

For Burton’s purposes, religion consists of meaning, purpose, community, and ritual. By meaning, she means some way of demarcating the line between good and evil, coupled with a sense of what life is fundamentally about. By purpose, she means your own role within that meaning. By community, she means the people you rely on. And by ritual, she means how you and your group mark the passage of time together, with acts of mourning, celebration, coming of age, penitence, and commitment to the faith.

Within that framework, Burton finds religion among SoulCycle obsessives, social justice warriors, far-right atavists, kink and polyamory communities, and Silicon Valley techno-utopians. As with the faith traditions of yore, they all have something that provides them with meaning, purpose, community, and ritual.

This rise in choice is good for personal autonomy, but these new religions tend to be thin on community building. Burton’s thoughtful analysis bolsters the sense that these young, syncretic religions might be less durable than traditional communities of faith.

One of the chief differences between today’s remixed faiths and conventional institutionalized religions is the premium the former place on personal experience, which is often considered irrefutable.

Wellness culture, from SoulCycle to meditation apps to the Goop empire, relies on this exalted interiority. “It’s a theology, fundamentally, of division: the authentic, intuitional self—both body and soul—and the artificial, malevolent forces of society, rules, and expectations,” Burton writes. “Our sins, if they exist at all, lie in insufficient self-attention or self-care.” Techno-utopians, meanwhile, are interested in how biohacking can maximize and make up for the limitations of the natural self. Occultists sometimes marry components of wellness culture with explicitly political messaging: Burton describes occult literature on how “to cast a spell to ensure resilience after a long day of protesting” and why curses can be “the only avenue for justice available to the downtrodden.”

The social justice community has a different take on the politics of personal experience, one built more on self-effacement than on self-exaltation. Its members, Burton argues, hold “two seemingly contradictory ideas about the self. The first is that, insofar as we are marginalized, society has warped our fundamental goodness. We have some form of a desirable, natural state that an unjust society has taken from us.” But that exists alongside a belief that the “inherent self does not actually exist…our entire identities are so inextricably linked to our social place that we have no selves outside them.”

An absence of established dogma, hierarchy, and tradition can be freeing. Burton details the origins of kink culture in the late-1970s Golden Age of Leather, when many gays were still closeted. “Prior to this subculture’s shattering encounter with HIV,” the historian Guy Baldwin once wrote, “a gay man in search of his kinky identity and fulfillment would eventually cross a threshold into leather space (leather bars, gay motorcycle events, special parties) for the first time….To think of it as merely sexual is to miss the scope of it entirely.”

Burton describes the old order as “concentric circles of communal obligation” in which a married couple was the core, aided by its extended family and helped along by a neighborhood and church. Now the rules have changed. Weddings and funerals, freed from traditional formats, have little preordained structure. “You’re on your own. You have to figure it out, explain it to people, rent the space, find people, figure out how to write up your own program,” the sociologist Phil Zuckerman tells Burton.

When a New York social worker’s queer husband died, Burton writes, she “declined to attend the memorial service hosted by her husband’s family in his hometown,” because they were “born-again Christians, uncomfortable with both her husband’s sexuality and his interest in the occult.” Instead, Burton elaborated in Vox, “a Jewish friend recited the Mourners’ Kaddish. The group told stories—some reverential, some ‘bawdy’—that reflected all aspects of Jon’s personality. They played an orchestral rendition of the theme song to Legend of Zelda, Jon’s favorite video game.”

Burton sees consent as the “foundational basis” for kink communities, and she extrapolates that this speaks to a deeper worldview: “We are totally free beings, beholden to nobody but ourselves. Exerting that freedom, furthermore, is at the core of what it means to pursue the good. Our choices, in this model, both define and liberate us.” This dual emphasis on consent and choice can be important for groups that were not previously able to explore the contours of their freedom in the light of day.

But having fewer cohesive principles comes at a cost. A focus on personal experience doesn’t always work against building community—shared experience can be a powerful social glue—but it often does. In none of these belief systems is there an explicit call to always love your neighbor as you love yourself, or to care for the poor and downtrodden regardless of their sins and failings, or to work to conquer your own vanity and self-indulgence. The social justice community comes closest, but it does not extend its gospel of dignity to those who engage in problematic behavior.

The bespoke communities of the Remixed and the Nones often have little room for children, the elderly, or people with severe disabilities. Sometimes this exclusivity is accidental, other times intentional: Many in the kink and poly communities disapprove of monogamy, while some members of the occult, social justice, and wellness cultures find little help navigating the hardships of parenthood, if only because they’re severely outnumbered by the childless.

At their best, traditional faiths bring those groups in. A Christianity Today headline from 2018 reads, “My Son’s Down Syndrome Showed Me the Real Imago Dei.” The Book of Numbers (and accompanying midrash) make clear the importance of honoring elders within the Jewish community. Some of the goodness of these traditions stems from the fact that the Bible communicates a profound message about human worth. That might be part of why it’s been such a durable document, attracting adherents over centuries.

The Nones and the Remixed may be more common than they used to be, but they are not new. Strange Rites covers plenty of precursors, from the Oneida Community’s mid–19th century free-love experiment to the Social Gospel movement of the Progressive Era and its influence on midcentury Protestantism, which “did not stress dogma or, in many cases, even metaphysical truth, but rather a utopian vision of what a truly ecumenical, social-justice-focused Christian world would look like.” Early American colonists supplemented their formal faiths with fortune telling and astrology; one could call them remixed too.

When Strange Rites falters, it’s because Burton tackles too much. She attempts to conduct a full autopsy of groups ranging from far-right “incels” to biohackers in just 250 pages, laying out the relevant history as well. Inevitably, some points are left underdeveloped. She raises the issue of some of these subcultures’ lack of socioeconomic and ethnic diversity, for example, but hardly digs into the implications.

But it’s a rich book, one that gave me insight not just into my society but into myself. I used to be an atheist, today am a Christian, and am certain the evangelical church that I currently attend won’t be my final spiritual landing spot. An Eastern Orthodox depiction of Jesus hangs in my home, I’ve been deepening my understanding of scripture by learning about the Jewish Sabbath, and I don’t think weed or psychedelics should be verboten for believers. In other words, I’m remixed. But that syncretic faith has been a gateway drug to something more like traditional religion, drawing me to a place of sturdier Christian belief and more durable community. And I don’t think I’m the only one who can say that.